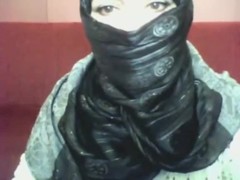 The hijab has deep roots in Egyptian culture. Egyptian women wore it during their sex life, even during marriage. The hijab was originally a way to protect a woman from unwanted advances, but it eventually came to be associated with sex. In 1931, Huda Sharawi was married to Ali Sharawi. They divorced two years later. Huda was a very prosperous child of the upper class. Her father was a political leader. She was also sheltered and educated in a privileged environment. She was able to learn Arabic and memorize the Quran.

Egyptian rulers had a harem. It usually consisted of four official wives and a number of unmarried wives. In the past, it also included a large number of enslaved women and unmarried daughters. In some cases, these women were viewed as property, so males could not visit them. However, female Jews were allowed to sell their wares to harem inhabitants.